Ecuador would be among the countries with better infrastructure 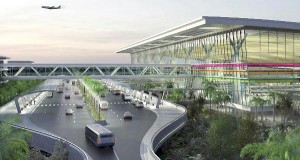 Ecuador is ranked 79 in the ranking of countries with adequate infrastructure for development. This is indicated in a study presented by the American Federation of Construction Industry, which groups construction chambers and related to the 18 countries in the region.

In the ranking more than 148 countries compete in infrastructure for development, according to a report from the FIIC, which collects data from Global Competitiveness Report 2013-2014. Until 2012, Ecuador was ranked 90, below the average.

In the ranking, Colombia, Peru and Argentina are below Ecuador and Venezuela is very distant from its position. In the top positions in the ranking of Latin America is Panama, followed by Chile and Mexico.