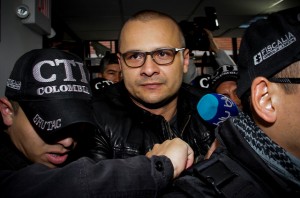 A Colombian judge upheld this February 13 the preliminary agreement in which the Ecuadorian hacker Andres Sepulveda is committed to deliver information to the Prosecutor’s office on a plot against the peace process with the FARC in exchange for a sentence of 10 years imprisonment, this was informed by the defendant representatives.

Lawyer Jairo Ardila confirmed that his client is pleaded guilty to the offenses for crime, espionage, violation of personal data and use of malicious software.

“To accept his charges is his interest (Sepulveda), that is part of that manifestation of collaboration and repentance for this case, in addition to providing information of the scandal,” said Ardila, who indicated that the hacker “received a reduction in sentence of the third part.”

The case began in May when the Prosecutor arrested Sepúlveda, who confessed having spyed email accounts of the FARC team in Havana in order to derail the peace process.