Ecuadorians in Spain will Have Access to Social Security Benefits 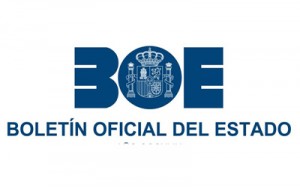 Yesterday the Official State Bulletin (BOE) published the social security agreement signed between Spain and Ecuador, which allow Ecuadorian workers in Spanish territory to enjoy the same benefits as national affiliates. The agreement will also benefit Spanish people who are employed in the Latin American country, which are around 5,000 of them.

The same treatment for Spanish and Ecuadorian people in the countries will let the accumulation of the labor contribution period to access subsidies.
Thus, for an insured person who has worked in both countries without meeting in any of them the minimum time required for retirement can sum the contributions in each of the parts in order to receive their pension.

The agreement sets the rules for retirement, maternity, occupational accidents, diseases, temporary or permanent disability, death, among others, which can accommodate the employees and pensioners of both countries.

In order to access the benefits, it is necessary
to apply for them at the social security offices in both countries.