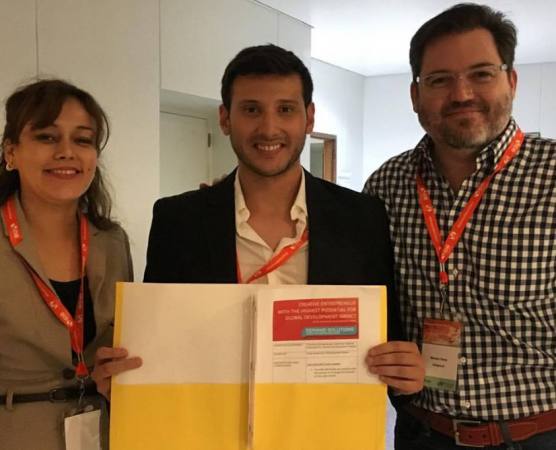 Inkspired, an Ecuadorian venture for emerging writers, was the winner of the fifth startup competition of the Inter-American Development Bank. The awards ceremony was held in Miami.

Eighteen startups from Latin America and the Caribbean (Barbados, Brazil, Chile, Colombia, Ecuador, Mexico, Peru, and Miami) stood out at the event organized by the IDB in partnership with the Miami Dade College (MDC).

Galo Vargas is the co-founder of the Ecuadorian startup Inkspired. He won the first prize (USD $ 30,000) when he was declared the Creative Entrepreneur with the Highest Global Impact Potential. Inkspired is a platform that allows emerging fiction writers from Latin America and any other part of the world to publish their books and creative series, connect them with interested readers, and provide them with the necessary metrics to make their stories more attractive. (I)

$ 22 billion is the cost of presold crude

Tourism investment does not stop at Manta