Ernesto Samper: “It is not a setback, it is normal to turn in democracy” 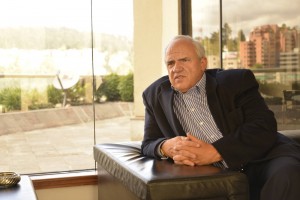 Ernesto Samper, secretary general of UNASUR, in an interview with daily El Universo, considers that the election results of Argentina and Venezuela will not affect the region, but warned that the facto powers are those that constantly try to create lawlessness in the region.

He indicates that the region must learn to manage crises so that “breaks are produced in democratic processes and irreversible situations do not occur and in economic matters.”

Samper assessed as logical the changes in Argentina and Venezuela. “Somehow the rule we are following in the Unasur is open regionalism in the economic aspect, but political in integration the regional aspect.”

He mentions that if people want to settle their differences, they do not need violent confrontation” not in situations of institutional breakdown, but this can be done through a democratic demonstration.”