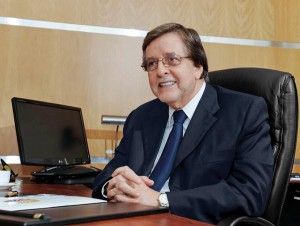 In an interview published by daily Expreso, Eduardo Egas, Minister of Industry and Productivity, answers some questions about the economy.

“The government has decided to eliminate the payment of the income tax (IR) for companies with production problems. For other companies that do have to pay the IR advance “existing realities will be adapted.”

There will be flexibility for the payment of employers contributions to the Ecuadorian Institute of Social Security (IESS), for companies that are suppliers of the government and are still waiting the payment of their bills. Companies that sign a public-private partnership will have amnesty of the IESS.

Maresa suspended its assembly plant and laid off workers. “The industry is looking to assemble other brands and models. The incentive and the guarantee granted by the Government is that when they are ready to assemble, they will count again with the necessary quota to import spare parts.”

“We will launch a program to support entrepreneurship and innovation. We will also give impetus to agro-industrial policies in order to accelerate the change of the productive matrix. An example of this is the cocoa sector, which not only exports raw materials but products with added value.”

When the eight hydroelectric plants begin to function, other energies that were imported will be replaced. This is taking us to change the kitchens, for example.

“Companies that want to assemble products. But the process is that they must demonstrate that they will put the Ecuadorian component, which at first may be 5% and gradually increase.”

“We have held conversations so that domestic production is sufficient and stop importing from China.”