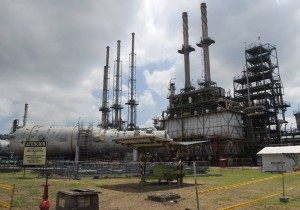 The recovery of the Esmeraldas refinery has meant a budget of $ 1,200 million over five years, said the coordinator of Strategic Sectors, Rafael Poveda. He also announced that the plant will start processing 110,000 barrels a day from November.

According to the new manager of EP Petroecuador, Carlos Pareja Yannuzelli, the priority is that the plant operates at 100%, as now it operates at a 85%. This will happen the first week of November 2015, he said, at the same time he assured there are no delays in the schedule.

El Niño phenomenon, triple impact on the economy of Ecuador