Everything is ready to export rice 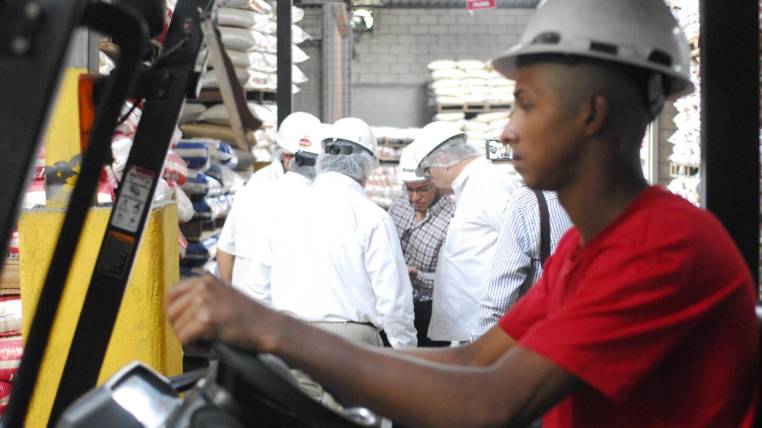 The Ecuarrocera plant, located at kilometer 19.5 of the Durán-Yaguachi highway, has its entire operating system based on the Colombian market, from the quality demanded by the neighboring country to the type of packaging.

And not only that, his investment, of approximately 4 million dollars, was made with Colombian capital. That is to say, it was created thinking about the market of the neighbor of the north.

“This plant could be working full time,” says Edwin Vargas, in charge of the industry located, like others, in the heart of one of the most important rice areas, “and giving direct work to some 50 people.” But “we have a white elephant in full season.”

And it is not profitable to work at low capacity. But in full function could buy the grain of 5,000 hectares.

We are one step away from opening the market and taking out surpluses, giving a lot of work to people in rural areas and bringing foreign currency, notes Javier Chon Lama, president of the Ecuadorian Rice Industrialists Corporation (Corpcom) and Imperial manager, located in another of the rice cantons. It is the only important industry that exists in that jurisdiction and that complies with the norms and requirements that qualify it to supply rice to the foreign market.

The Minister of Agriculture, Ruben Flores, said on Wednesday to EXPRESO Journal that Colombia opened a quota, which can grow, of around 100 thousand tons, and if they do not give the phytosanitary certificates Ecuador has ready the eight products that will apply some kind of reprisal.

Dannylo Subía Pinto, general technical coordinator of Pro Ecuador, along with Luis Soria, sectorial coordinator of Agriculture, toured the two plants thinking that with the management made and the minister’s position, the border would open.

Vargas points out that for April and May an important import demand is opened in Colombia, where there is interest in the Ecuadorian product. “We are waiting for the export to be activated because that is going to help our neighboring piles, because we are going to capture that rice to send it out,” he says.

Colombia has prevented, with para-tariff measures, the entry of rice adducing self-sufficiency, something that the Ecuadorian industrialists deny, “we have always sold it to Colombia, there was an excellent relationship”.

According to farmers, the culprit of the closure of the Colombian market was the government of Rafael Correa, when the exit of the national grain was prohibited, citing the need for a “strategic reserve”. It was a minister, “to top it all, from the rice industry.” Ecuador cultivates around 400,000 hectares a year and employs 1.2 million people, says Chon. It represents 3% of agricultural GDP and only for the piled product requires 14 million bags. (I)