Expensive wheat puts noodles and crackers in a bind

A raw material difficult to replace. Wheat flour accounts for up to 80% of the ingredients for making noodles and noodles, and its manufacturers are trying to deal with rising costs of up to 50% so far this year. 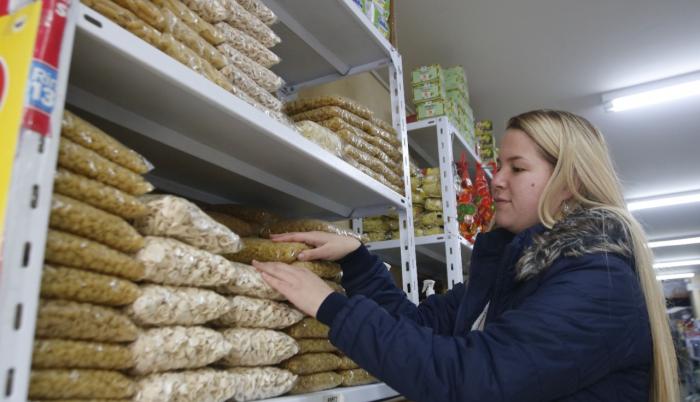 In stores and supermarkets the price of noodles and noodles has increased by up to $0.15.

On March 8, 2022, the price of wheat climbed to its highest peak since 2008 in international markets with the Russian invasion of Ukraine. Its value rose sharply due to fear of affecting cereal exports because both countries are large producers.

Ecuador imports from markets such as Canada and Argentina. “We went from $300 to $500. We are approaching $600 a ton and the impact is immediate on the work of the mills,” said Christian Wahli, executive president of the National Association of Food and Beverage Manufacturers (Anfab) .

In this context, the producing companies apply strategies such as buying wheat in greater quantities, fearing shortages, or lowering prices in other processes to affect the customer as little as possible.

In supermarkets and stores there are increases of between $0.10 and 0.15 in noodles and noodles of various brands.

“It is not easy to make cheap pasta or cheap bread. It is not easy to substitute raw materials because all substitutes are expensive,” said Xavier Sánchez, director of Industrial de Sucesores, a company that manufactures noodles under the Bologna, Universal, and Toscana brands, among others.

One of the options that producers of noodles, bread or biscuits had in past years, when the price of wheat increased, was to mix it with rice flour, Wahli explained.

But for Sánchez that is not a possibility. Rice has also risen in price and for that reason it is not convenient to make the mixture.

“I try to order as much flour as possible so that the increase is not so drastic later (…) I try to simplify production,” said Francesca Petrilli, owner of Di Simona Pastas.

The higher price of raw materials has come in a difficult year for companies, assured Sánchez, because in 2022 they have had to face the increase in the basic salary of workers, the increase in taxes and temporary contributions that were established in the tax reform.

The price of wheat to date has increased on average, more than 70% compared to 2019. However, the average price of flour has only increased by 30%, assured Moderna Alimentos, which specializes in foods with flours. “This has been possible thanks to the efficiency and optimization of our production processes,” said the company.

Moderna Alimentos will continue to source locally from the national production of wheat, which currently reaches 7,000 tons. However, the demand of the national milling industry exceeds 700,000 tons. This situation forces the company to import the missing wheat from countries such as Canada and the United States.

Scenario for most expensive basket

The situation of the rise in the price of raw materials on a global scale is pushing the price of the products of the basic family basket in the country, assured Muñoz.

There are already several products that report an increase in their costs month after month. In this context, international organizations have mentioned that inflation will be one of the problems to be solved in 2022 in Latin American countries. The Government of Ecuador has recognized that inflation will rise moderately.

Four days without deaths from COVID-19 in Guayaquil, despite a slight increase in cases

Opening of Mercado Libre offices in Ecuador will be in stages