There are four public institutions to which the lawsuit of the brothers Roberto and Willian Isaías, former owners of Filanbanco, is addressed: Central Bank of Ecuador (BCE), Superintendence of Banks and Insurance, Technical Secretariat of Real Estate Management of the Public Sector (Real Estate) and Attorney General’s Office. 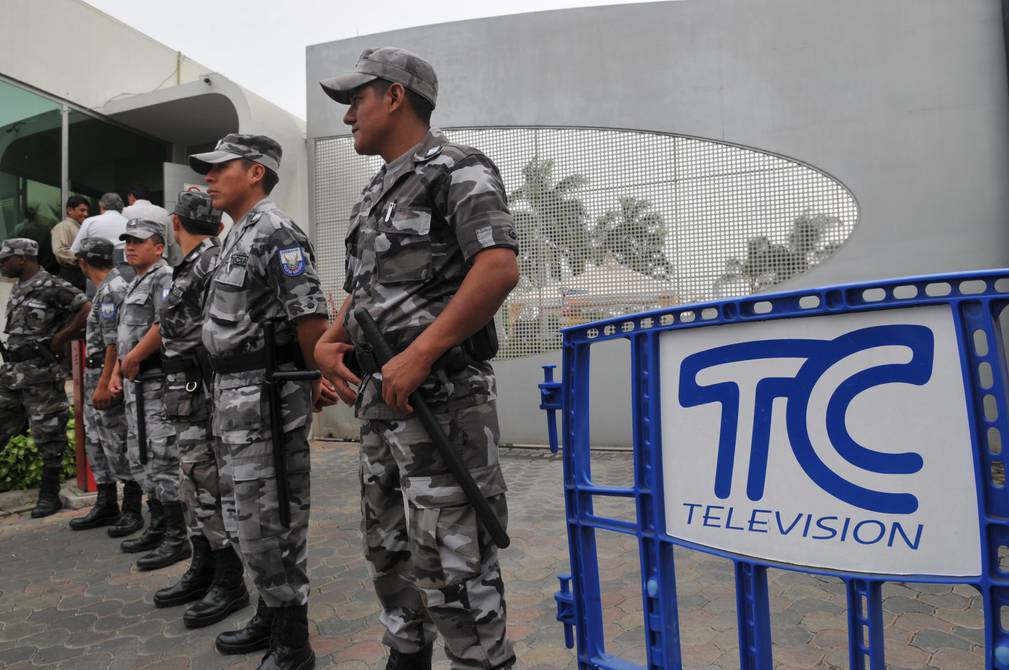 The Deposit Guarantee Agency seized assets from the former owners of Filanbanco, the Isaías brothers, in 2008. One of them was the TC Television channel.

The complaint, which was filed before the Contentious Administrative Court of the Court of Guayas, seeks that the Ecuadorian State pay them $2,000 million as compensation for the seizure of their assets by the Deposit Guarantee Agency (AGD) in 2008.

Said seizure was carried out with the purpose of collecting from the ex-bankers the debts that, according to the authorities, they maintained for the rescue of Filanbanco, an entity that passed to the control of the State in December 1998. They have denied the existence of any pending credit.

The lawyer for the Isaías brothers in civil matters, Ricardo Noboa, pointed out that the lawsuit reaches these institutions because they had some relationship with the seizures.

To the Central Bank for being “the successor of the rights of the AGD and the Ugedep”.

To Inmobiliar because it is the institution “where most of the seized assets ended up”.

The Superintendency of Banks “because it is largely responsible for the seizure process.” “The minutes of the Banking Board were signed by a series of people, among them, the Superintendent of Banks at the time, Gloria Sabando; therefore, she was a fundamental factor in the damage caused to the Isaias lords”.

And to the Attorney General’s Office for being the defender of the State.

The lawsuit was admitted for processing by the Court of Guayas on December 27 last.

The Attorney General’s Office has already been notified. At the moment the case is being analyzed, the institution said. Regarding this, the President of the Republic, Guillermo Lasso, said on March 22 that he had spoken by telephone with the attorney Íñigo Salvador and that he had asked him to take “all the necessary measures to protect the public good.“

“It is unfortunate that there are these cases that stem from what happened [by] past governments that seized assets, in this case, from the Isaías family: they mismanaged them, many no longer exist, others were devalued and now they are causing us harm. trouble. Do not have the slightest doubt, no one in Ecuador, that I will side with the Ecuadorian people,” Lasso said in his Tuesday conversation with journalists.

Then, spokesmen for the Presidency stressed that “the State will respond with all the forcefulness that comes from being right to avoid harming the State and all Ecuadorians, both for these gentlemen who caused damage to the country and for those who, by doing things wrong , putting their hand in Justice, they put [the] country at risk [of being] condemned.”

In a statement, the Attorney General’s Office indicated on March 22 that “it is coordinating the defense strategy and the response to the lawsuit with the defendant entities: Central Bank, Superintendence and Real Estate.” He added that the 30-day term given by the General Organic Code of Processes (Cogep) for them to respond expires on May 13.

This newspaper requested information from the other defendant entities to find out their position on the case, but there is still no response.

The lawyer for the Isaías said: “Within the lawsuit we propose mediation to the State, and we are accepting that as part of it they return seized assets to us.”

According to Noboa, the $2,000 million they claim arise from adding three items: the list of seized assets, which is $1,548 million; the interests that these goods have stopped producing since 2008; and the fees paid to American lawyers in the last fifteen years, amounting to $25 million.

Opening of Mercado Libre offices in Ecuador will be in stages