In the first five months of 2022, Ecuadorian exports to the United States grew by USD 1,310 million and those going to China increased by USD 1,188 million. 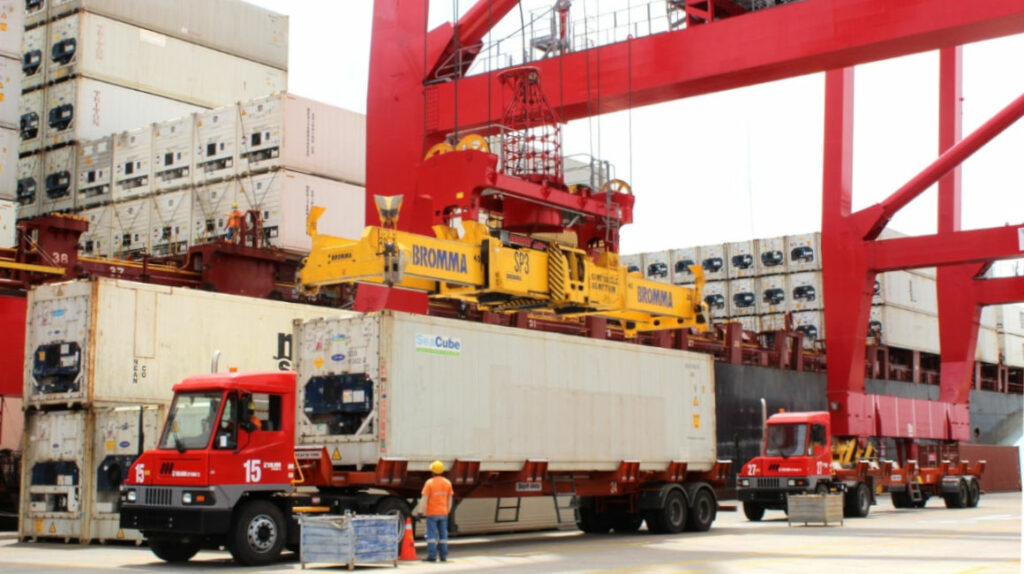 Person at the Puerto Bolívar Maritime Terminal, in the province of El Oro, on August 25, 2021.

Ecuadorian exports reached USD 13,817 million in the first five months of 2022, according to the latest report from the Central Bank.

The increase in the country’s exports responds to greater demand from two of its main trading partners: the United States and China .

Ecuador also increased its exports in value to India and Latin American countries, such as Peru, Colombia and Chile.

Oil for the United States

“As a result of Russia’s invasion of Ukraine , demand from the United States has been redirected towards Latin America,” explains Iván Ortiz, director of the Business Center of the Ecuadorian-American Chamber of Commerce (Amcham).

The increase in Ecuadorian exports responds to the increase in global demand and the prices of oil products, shrimp and organic bananas.

The improvement in oil product exports is due to two factors. The first is that the United States banned imports of crude oil from Russia, which have been replaced by other producers, such as Ecuador.

The second factor is the increase in international oil prices in 2022, which is around USD 100 per barrel. The phenomenon responds to the reactivation of demand in a scenario of limited supply due to the war in Ukraine.

Shrimp has gained popularity in the US market for its diversification. The United States is the second most important market for Ecuadorian shrimp, after China.

The interest of the United States in shrimp led businessmen from that country to visit Ecuador , on July 12, to learn how the activity operates.

Organic products from Ecuador are also attractive in the United States.

“In general terms, bananas have lost market share in the United States, but in the non-traditional area there is interest in organic bananas ,” says Ortiz.

In the case of China, exports from Ecuador increased by USD 1,188 million or the equivalent of 98% in the first five months of 2022 compared to the same period in 2021.

As is the case with the United States, exports to China are rising due to a higher volume and better price of products from the shrimp sector.

Also due to the increase in demand for copper and its concentrates.

In the first five months of 2022, exports from the Mirador project (copper), run by the Ecuadorian-Chinese company Ecuacorriente, totaled USD 490 million.

According to the Ministry of Energy, China is the main destination for all mining exports from Ecuador, representing 51% of shipments from that sector.

Although exports to the United States and China have grown in the first five months of 2022, their demand is different, explains Ortiz.

“The difference between exports to the United States and China is that the former is diversifying its demand towards value-added products ,” says Ortiz.

He adds that purchases from China are concentrated in traditional products from Ecuador’s export basket, such as shrimp.

The upward trend of Ecuadorian exports in the next half of this year will depend on the behavior of the world economy, marked by inflation and the strengthening of the dollar.

“There is concern about the depreciation of the currencies of neighboring countries, which can gain competitiveness against Ecuador, which is a dollarized country,” Ortiz concludes.