On Wednesday, the Bureau of Justice, composed of the Judicial Council, the Attorney General and the Public Defender, conducted the first evaluation of the positive and negative aspects of the implementation of the Organic Integral Criminal Code since last August 10.

In that event it was known that so far 197 people have been released after public hearings, by the implementation of the favorability of the law and that there are about 300 more cases awaiting a decision since they consider that their sentence was reduced or the offense was extinct.

To solve them, the attorney general Galo Chiriboga, proposed creating a team of 50 prosecutors with equal number of judges and public defenders to evacuate hearings in one or two weekends and the situation of these people is defined.

The Bureau of Justice also announced the issuance of a regulation last Friday to speed up the delivery of assistance ballots to victims of domestic violence when the attack goes from infraction (less than three days incapacity) to crime. 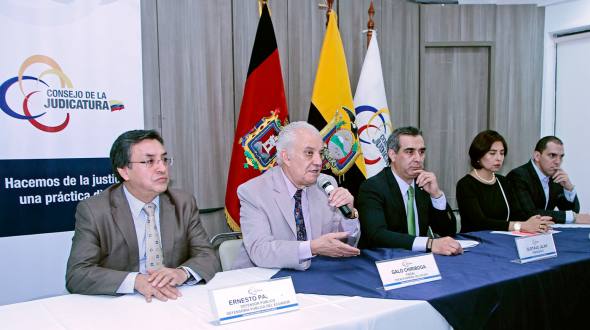