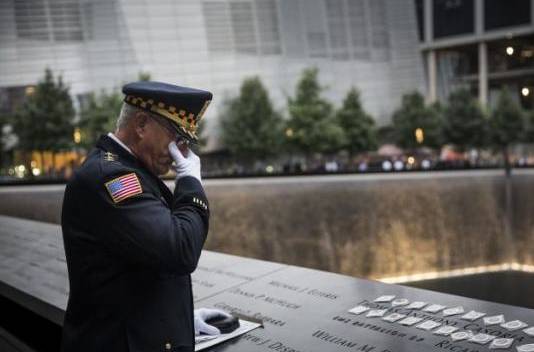 This Thursday, the United States made a pause to remember the thirteenth anniversary of the terrorist attacks of September 11, 2001, with a traditional annual ceremony at the called “ground zero”.

The commemoration ceremony comprises a solemn reading of names and moments of silence to mark the precise moment of the tragedy.

As every year, the families of the victims of the attacks will meet in the morning to read the names of the deceased, holding it four times: at the time when the first plane hit the World Trade Center, when it hit the second plane when the first tower fell, and then, when the second fell.

Also, for the first time, the National September 11 Museum will be open for the anniversary, which will expose shocking objects and graphic images of the attacks.

Currently, in the area can be seen the nearly completed One World Trade Center, 1,776 feet (541 meters) high, and which will be full of offices for these dates in 2015, another indication that the city might be turning a page in its history.

Funds Law will enter to second debate this Thursday