Forum and meeting of the banana sector in Guayaquil 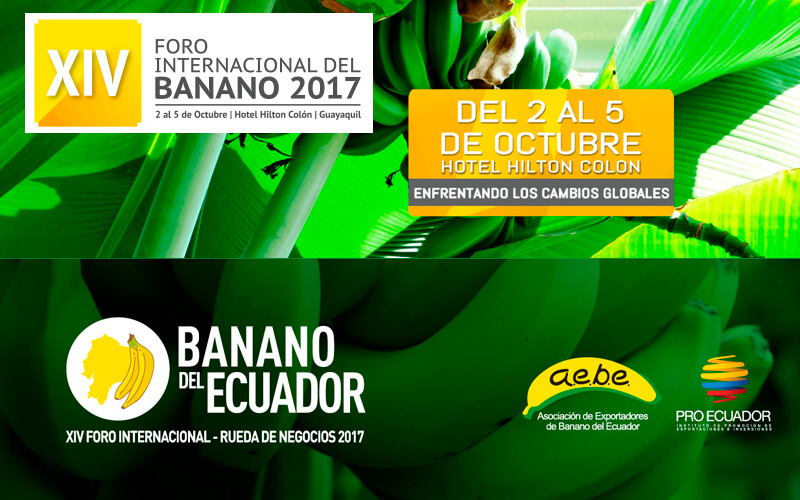 This morning, at 09:00, the First International Meeting of Banana Workers is being held at the House of Culture. Delegations from the European Union (EU) are present at the event.

The meeting aims to create a space to address issues such as labor rights and the health of banana workers and their families, as well as the rights of nature. It is hosted by the Association of Agricultural and Peasant Workers (Astac), together with international groups such as Oxfam-Germany; Rosa Luxemburg-Germany Foundation; Südwind-Austria; Solidarity Peoples-France, Mai Bine-Romania; Austrian doctors for a Healthy Environment AGU and the Austrian Federation of Workers.

The XIV International Banana Forum 2017 will begin at the Hilton Colon Hotel at 19:00.

Executive Director of the Banana Exporters Association of Ecuador Eduardo Ledesma said that there would be more than eighty stands where the products of the productive chain will be displayed.

In addition, for the first time, the Forum will include a business conference, coordinated by Pro Ecuador that will start tomorrow. Fifty exporters from different countries are expected to attend the meeting. (I)

“Government and miners must seek balance.”