Full house would air on Netflix 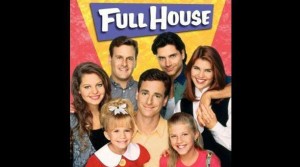 The famous TV series “Full House” will be broadcast on Netflix, and negotiations are currently taking place for airing a new season of the series, according to the TVLine website.

Fuller House will be the new name of the series, whose first season will have 13 episodes. The original cast of the series was formed by Candace Cameron, Dave Coulier, Bob Saget, Lori Loughlin, Jodie Sweetin, the Mary-Kate and Ashley Olsen twins, Andrea Barber and John Stamos.