FUT: the Government took advantage of the earthquake to rise and create taxes 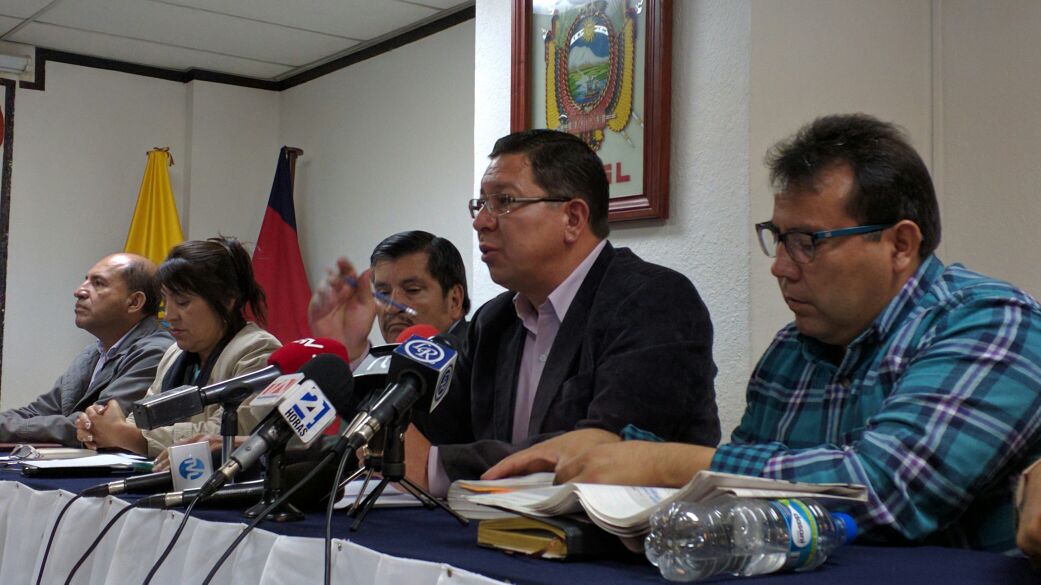 The Unitary Workers Front, along with other social organizations have expressed at a news conference that the government “took advantage” of the earthquake of last April 16 to create more taxes.

Pablo Serrano, president of Ecuadorian Confederation of Free Trade Unions (CEOSL), stated that “this government has been an enemy of the rights of workers,” and argued that this eliminated the 40% state grant for the payment of retirement pensions and, in his opinion, they abolished the right to collective bargaining in the public sector. He also said that “democracy in the country has been hijacked,” since the government has the “absolute control” in the National Assembly, the Constitutional Court, the National Electoral Council and the seized media.