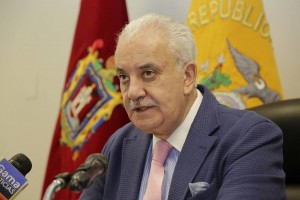 Galo Chiriboga, Ecuador’s attorney general announced he will meet on Monday, February 15 in Guayaquil with representing seven South American countries to “exchange information on alleged acts of corruption in the FIFAGate case.”

Chiriboga explained in his Twitter account that this event will be attended by delegates from Brazil, Paraguay, Uruguay, Peru, Bolivia, Chile and Argentina.

These countries are investigating former managers of their respective federations, associations and confederations over allegations of the Attorney General of the United States of money laundering, illicit association and influence peddling by the sale of TV rights for the tournaments organized by the Conmebol. (I)