General Comptroller will conduct a new audit to Editogran 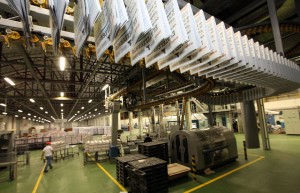 The General Comptroller will held a second audit to El Telégrafo newspaper (whose corporate name is Editogran), which will cover the period from 2010 to 2014.

A preliminary report indicates that Editogran budgets for 2011 and 2012 showed deficits of $ 5.7 million and $ 6.5 million. Furthermore, it indicated that the company would not have payment policies. Thus, some managers would have earned more or would have enjoyed more benefits than others with the same level.

Between 2007 and 2010 another audit to El Telégrafo newspaper was performed, in which it was determined that during that time losses of about $ 13 million were recorded.