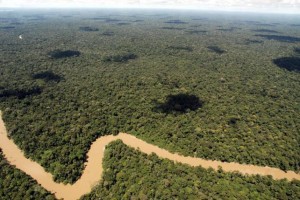 From Germany a message is sent to the government of Rafael Correa to open dialogue, leave tensions behind and refocus on the Yasuní and its diversity.

The President of the Environmental Commission of the German Parliament, Bärbel Höhn, is surprised about “how far the President lets the situation escalate, because we have had no friction recently,” and recalls that the two countries were fighting together for the conservation of the national park.

For the parliamentary there is a diplomatic solution. And expresses the German interest, by remembering that there was arecent visit and that the Ministry for Economic Cooperation and Development of her country inaugurated with the Ecuadorian government a new Ecuadorian-German project. With this “we have shown that we do not want to interrupt this cooperation.”

And in that approach, according to her, it was proposed to see the possibility of a visit in 2015 “in order to advance in the project without diplomatic altercations, it’s a way that I see feasible, but implies to stop adding fuel to the fire.”