In June 2020, Guayaquil will receive more than 400 entrepreneurs from the 28 American Chambers of the region, within the framework of the Business Future of the America 2020, organized by the Association of American Chambers of Latin America, Canada and the Caribbean (Aaccla), of which Ecuador has been a part for 40 years, but there is already the courage in the country to recover that market from which Ecuador moved away a decade (in the Government of Rafael Correa). 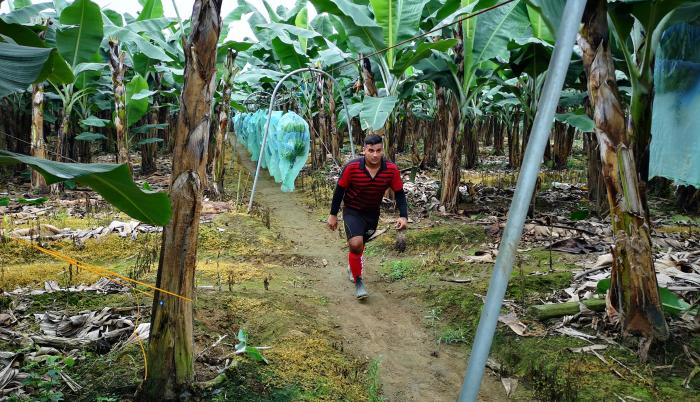 The Government of Lenín Moreno has given an important approach.Nery Merejildo, vice president of Aaccla and also of the Ecuadorian-American Chamber (Amcham-Guayaquil) and president of the Neymer company, talks about Ecuador’s enormous possibility of boosting trade between both countries and to sign a trade agreement soon.

Read more From January to September 2019 Ecuador has reduced its sales to the USA. UU. in 55 million dollars, which has made it go from 23.4% to 23% share among other markets.

Between January and September, exports totaled $ 3,769 million, according to the Central Bank (ECB).

The fact that the US economy is performing well is relevant for Ecuador and more when 1,486 million dollars of sales to this destination correspond to non-oil goods (banana, shrimp, flowers, gold, fish preparations, cocoa, mainly).

“The United States is in favor of Ecuador in many areas; This is the right moment because they are pro Ecuador, “Merejildo tells EXPRESO. Businessmen have a leading position in North America, since they have a voice within all areas of the State, Congress, Senate, Central Administration. In the United States” the voice companies have a singer, they have a lot of weight ”.

In the Aaccla, which brings together 28 Chambers of the region and the same number of countries, there are important entrepreneurs such as the owner of Wallmart or DHL. In fact, all of us who belong to Aaccla go to Washington in September every year. “We visited the advisors of the senators.”

According to Merejildo, the June event this year is a milestone, since it is the first time in 40 years of Amcham that the Business Future of the America 2020 arrives in Ecuador.

Aaccla’s mission is to promote trade and investment between the United States and the countries of the region through free trade, free markets and free enterprise. This union supports the signing of an agreement between the two countries. In January of next year, the negotiating tables of both nations are expected to meet.