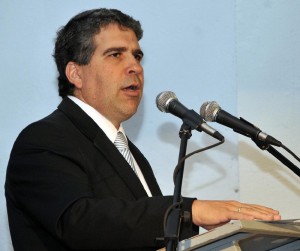 Enrique Arosemena, former General Manager of the public channel EcuadorTV and the Public Radio, will be the new project manager for the induction cookers project under the Presidency of the Republic, announced the Minister of Industries, Ramiro Gonzalez.

González explained that the creation of such dependence is due to the different edges the project has.

“All tariffs are now related with the SRI, Customs, production, the Ministry (of Industries), and with electricity, so in order to coordinate all these actions, a project management has been implemeted,” he said.

González is one of the authorities accompanying President Rafael Correa on his trip to China, scheduled for 6, 7 and 8 January.

On Saturday, Correa announced that kitchens will be imported because manufacturers do not believe in his project of replacing gas stoves by induction cookers.