Government plans to set a quota of water consumption per person 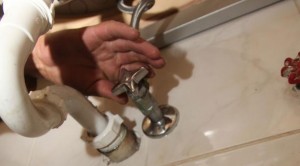 Since January, the government will set a quota of water consumption per capita, said President Rafael Correa yesterday.

The Government’s proposal is to set water consumption by population. For example if there are 10 000 people in a city, each one consumes a cubic meter per day and the Government will ensure that amount. If exceeded that amount, the measure will be charged to municipalities.

“We’re going to charge municipalities, peers, because there are municipalities that do not charge the water. They allow water to be stolen, to be wasted and we can not afford these excesses and such waste because it costs hundreds of millions. The water is a right, abuse is abuse, it is not right,” said the President.

Correa said that the new water law allows these measures to be taken.