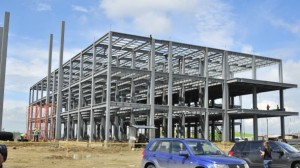 After the expedition of the Regime Regulation of Public-Private Partnership, the construction of hospitals, schools and projects of strategic sectors (energy, telecommunications, transport, etc.) with money of the private sector will be viable.

The Executive Decree 582 of February 18 establishes rules so “private developers” generate projects in strategic sectors and public services, which will be approved by the “public promoter.”

On the subject, Roberto Aspiazu, Executive Director of the Ecuadorian Business Committee (EEC), said that this is a positive initiative, but he fears that this falls into oblivion because it gives space to the discretion of the Government. He also said that it would have been better if it wasdrafted with the participation of the private sector.

According to Jaime Carrera, of the Observatory of Fiscal Policy, conceptually, to seek greater private investment is correct, however, it will be difficult for the private sector to participate, as it doesn´t exist an environment of legal certainty.