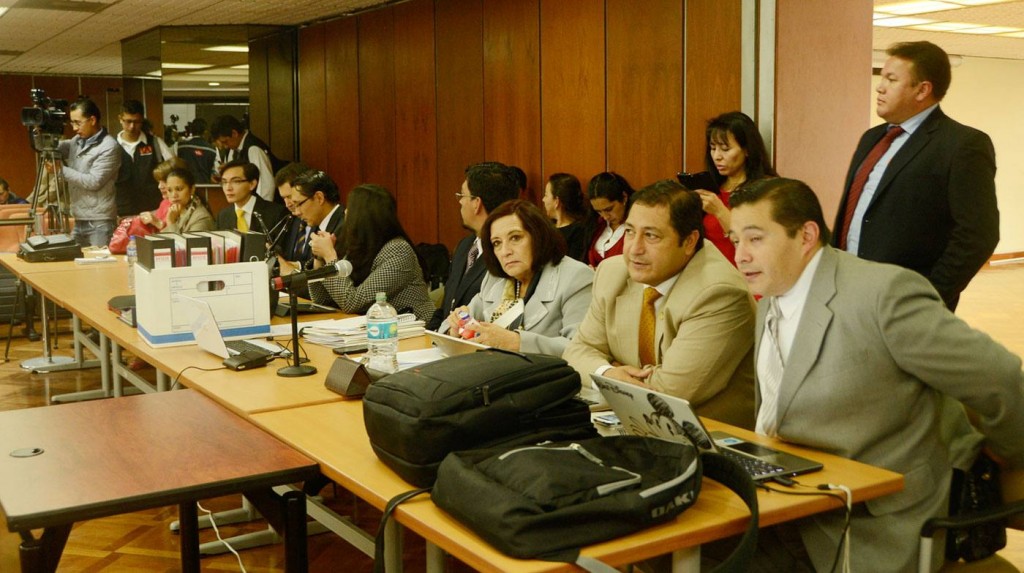 Yesterday, on the fourth day of the adjudication hearing of the Cofiec case, Francisco Endara, former President of the Central Bank of Ecuador, was identified by Esteban Garzón, former Manager of Agrícola Mercedes, as the person who had pressured him to replace the guarantees of that company by the ones of the Insurance company Seguros Rocafuerte, which should support the disbursement of $ 800,000 awarded by the financial institution to Gastón Duzac.

Nine persons accused of the alleged crime of bank embezzlement are being processed. The prosecution expects to finish today with the account of the 8 remaining eyewitnesses, out of the 44 initially convened.

Garzón represented Agrícola Mercedes between May 2010 and December 2013. He said he was pressured by Endara to sign the substitution of guarantees, and who also promised him that nothing would happen.

Gino Caicedo, president of Cofiec, also stated that upon his admission to that institution, it was supposedly already known that the loan had been granted irregularly and that the guarantees of Seguros Rocafuerte never became effective. He said he made a pre-trial actions to make Duzac meet with the guarantees and credit requirements.

Gonzalo Realpe, lawyer of two processed, said that the eyewitnesses accounts would have served to demonstrate that the guarantees were “a farce.”