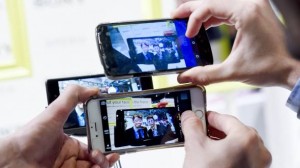 From Wednesday, March 4 Resolution 007-2015 is in force, through which the Board of Foreign Trade (Comex) enables the importation of certain pieces of mobile phones that will allow to assemble more of these devices (for the 4G service) in Ecuador.

This measure will allow companies like Alcatel to start making high-end equipment, announced on March 5 Erick Ycaza, legal representative of that company, who stated that the process will start in two months.

The manager explained that before the Comex issued this resolution there was a limitation to assemble high-end equipment in the country. This is because certain types of parts such as the headphone, charger and other components, were required, something that was difficult to do in the country, according to Ycaza, because a machine whose cost is around $ 1.8 million had to be imported.