Guayaquil, the leading destination of remittances 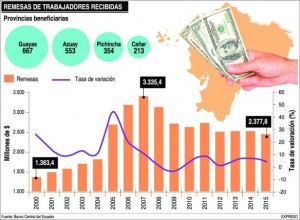 Guayaquil has more migrants earning salaries in other parts of the world. And that translates into a foreign exchange allocated to their city. At least, let’s analyze the statistics on remittances received last year.