Gustavo Larrea: “I do not deny that we have talked about politics with Lenin Moreno” 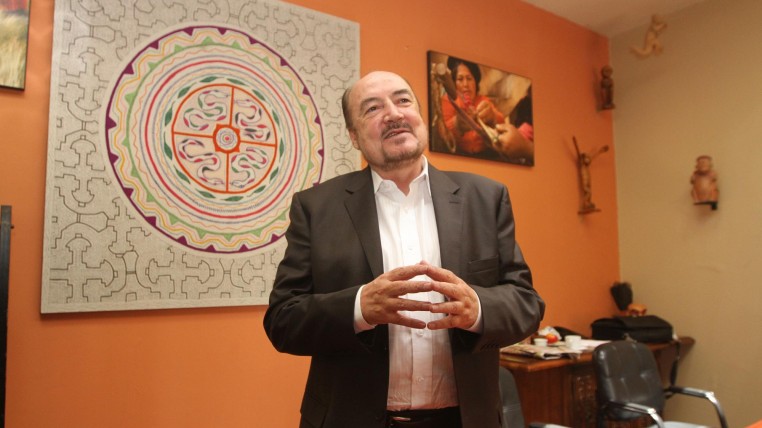 After several months of silence, he considers that this is the moment to talk about national politics again. Gustavo Larrea does not deny he has met with President Lenin Moreno, but he wants to clarify the scope of these talks.

Excerpt from an interview with Gustavo Larrea

Q: Does the “political earthquake” that the country lives has the signature of Gustavo Larrea?

A: That’s absurd. All the changes that are taking place have a single signature: that of President Lenin Moreno and his government team of which I am not part. I support the president as the leader of Democracia Si because we see that it is provoking the refocusing of democracy, full respect for human rights, freedom of expression.

Q: You said that you would speak in two months and these coincide with the call to the popular consultation and the arrest warrant against Vice President Jorge Glas, did you sense what was going to happen?

A: No, there is no calculation in that regard. I was the victim of an attack by an Alianza PAIS sector that wanted to hold me accountable for its problems and those of its leaders, which has to do with accusations of corruption, which is a matter for justice. That is why I preferred to keep a prudent silence so as not to generate an unnecessary controversy that would harm me and the Government.

Q: On the day that the Moreno-Glas duo broke relationships, you walked through Carondelet. Didn´t you give grounds to be accused? What did you talk to the president about?

A: It’s an absolute coincidence. That day I visited him, we talked about different topics, our past, anecdotes and, of course, some of the political situation in the country, and nothing more. (I)