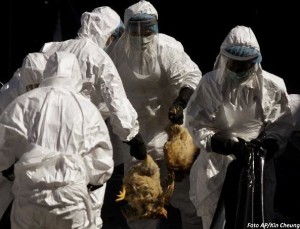 A 49-year-old man died because of avian influenza virus H5N6 in the province of Sichuan, in south-central China, being the only human contagion of this strain recorded until the present in the world.

The deceased came from the city of Nanchong, in the county of Nanbu, and had been in contact with dead poultry, which had contracted the virus, reported the news agency China News Service.

The man, who began to show symptoms of gravity on April 22, died after being diagnosed with acute pneumonia, although the official media did not specify when the death occurred or when the victim showed the first symptoms.

Currently, about 1,300 poultry have been slaughtered in the locality and the rest are being controlled.