Homeless Workers warn to paralyze Brazil for the World Cup 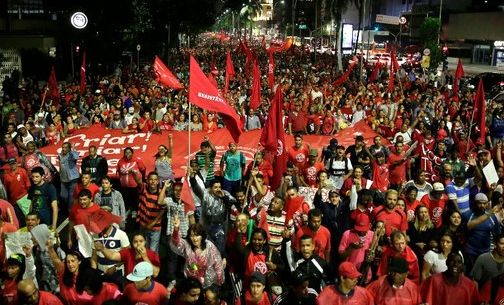 The streets of Sao Paulo were taken by about 15,000 people who joined the protest march of the Homeless Workers Movement (MTST for its portuguese acronym), which threatened to “stop” the city on June 12, at the World Cup´s inauguration, in case of no response to their demands.

“If they do not meet our demands we will stop the World Cup. If they do not respect our rights, on June 12 there will be no inauguration,” said the MTST coordinator Guilherme Boulos in statements.

Boulos also lashed out at the construction companies that would be, according to him, the main beneficiaries of the event. “We were told in Brasilia that housing resources are over, while those for FIFA are not. The money appears or the June Cup will become a red June,” he said.

A conciliation hearing in scheduled for today, in which it is expected that the parties reach a peaceful solution.

Nico Rosberg leads the Formula One