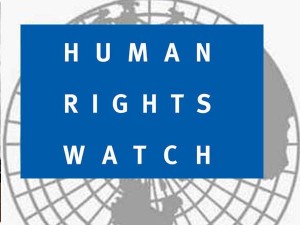 The NGO Human Rights Watch (HRW), based in New York, found that in Ecuador the police used “excessive force” in marches last August.  And “the authorities (of the country) do not seem to have made genuine efforts to investigate the officers who committed abuses.”

HRW pronounced yesterday in a statement on the eve of the day of protests called for today. The communiqué was released after interviewing in the country “witnesses, victims, activists and lawyers”, and reviewing a report by the Attorney General.

“HRW found credible evidence that at least in 50 cases, police or military used force unnecessarily and illegally against people who were not armed,” was observed in the bulletin.

The director for the Americas, Daniel Wilkinson, requested the investigation of the facts. The statement said that information was requested to the prosecution last October, and its response did not include data on investigations against security agents.