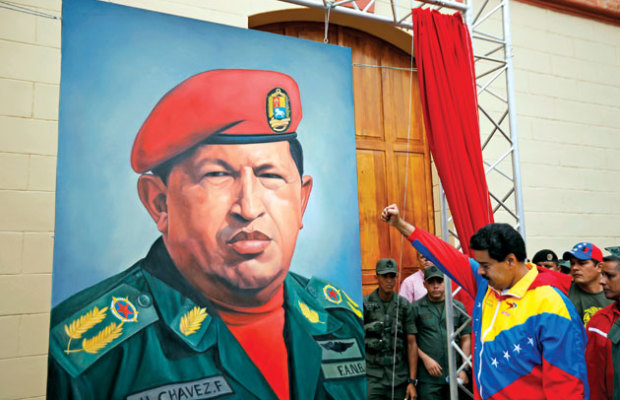 Leamsy Salazar, former head of security of the deceased Venezuelan President Hugo Chavez revealed to US security agencies, that the death of the South American former president not occurred March 5, 2013, but rather actually happened two months earlier.

As revealed by Guillermo Cochez, former ambassador to the Organization of American States (OAS) by Panama, through a tweet, Salazar informed the authorities of the DEAthe nexus of with drug traffickers of Diosdado Cabello, but also related how the regime hid Chavez’s death, produced at 19:32 of December 30, 2012.

Besides the authorities, relatives and friends also would have involved to deceit about the death of Chavez.

“Parents, siblings, children and friends lent to hide death of Chavez, to maintain profit of such horrendous secret. Barbarians “added Cochez in the social network.

Between January and February dozens of decrees were signed on behalf of Chavez, who was officially the president of Venezuela. Those responsible for this public manipulation would have benefited politically and economically with the signing of the supposedly valid commands of the dead military.

The greatest responsibility weighs on the current Venezuelan authorities: Nicolás Maduro and Diosdado Cabello, one of the most committed by allegations of drug trafficking.