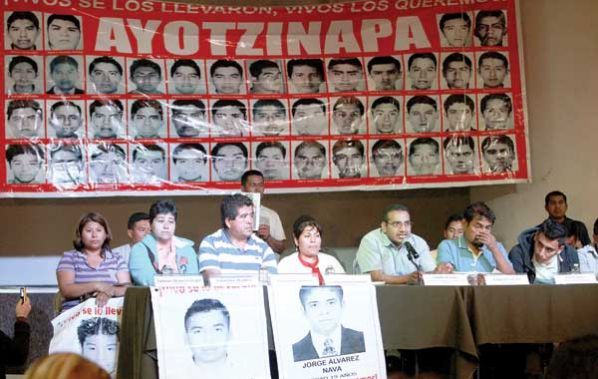 A representation of parents of 43 students who disappeared last September in southern Mexico this Saturday will travel to Geneva to denounce the Mexican government to the UN Committee on Enforced Disappearances.

The spokesman for the families of the missing, Felipe de la Cruz, told Radio Formula that the committee is composed of Hilda Aguileño and Bernabe Abraham, parents of the victims and a lawyer from the human rights center Tlachinollan.

“We will not be seated,” said a day after the Mexican prosecutors make sure that it had found “scientifically” and “fullness” that the 43 students of the School Normal Rural Ayotzinapa were killed and their bodies burned by Guerreros Unidos cartel members.

Parents said that there is no scientific evidence to confirm the version of the prosecution and said they keep their struggle and go to international instances to denounce the Mexican government.

“Mexico has international responsibility towards human rights” and therefore should be reviewed by supranational organizations specialized in the field, said on Tuesday the lawyer for the families, Vidulfo Rosales, announcing the trip to Geneva (Switzerland).