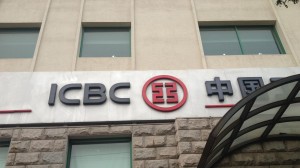 Minister of Strategic Sectors Rafael Poveda, said yesterday that they are currently in the final stage of negotiations with representatives of Chinese ICBC Bank for 100% financing of the structure of the Pacific Refinery (RDP for its Spanish acronym), which will cost 10 billion dollars.

According to the general manager of the refinery, the implementing works of the structure would begin in about 10 months.

BRICS announces the creation of its new development bank

Fernandez: “Argentina will not fall into “default” because we have already paid”