Russia condones Cuban debt in a 90% 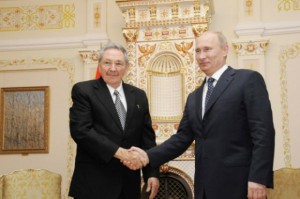 The Russian Parliament yesterday ratified a bilateral agreement between Moscow and La Havana, by condoning in a 90% the debt of the island State with the extinct Soviet Union.

Moscow has forgiven its Caribbean partner, with which it has a historical relationship since the Cuban Revolution, (31,700 million dollars).

The Cuban Government will deposit the money in an open account of a Russian public financial institution in the National Bank of Cuba with the condition that Russia can only use this funds to invest in the Island territory.

According to AME, state subsidies to municipalities will not be eliminated