In Quito, multiple reactions were generated from political figures to the removal of Mayor Jorge Yunda

Political figures, inside and outside the city, have shared their  opinion  regarding what happened in the early hours of the morning with the  capital’s mayor. 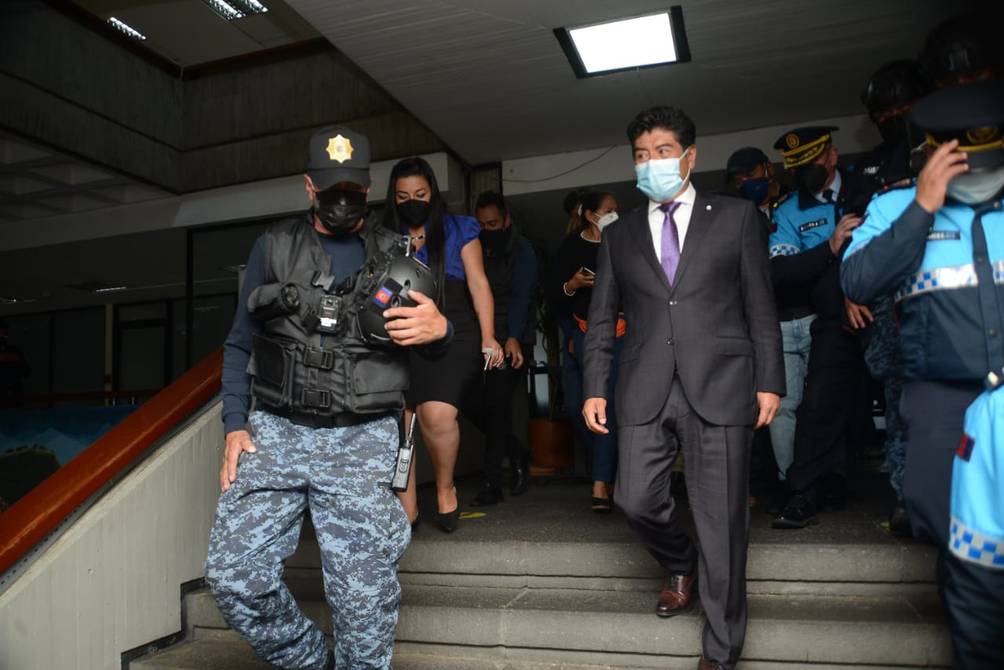 In Quito, multiple reactions were generated from political figures to the removal of Mayor Jorge Yunda

Roque Sevilla, former mayor of Quito, referred to what happened as the  opportunity  for the city to recover the possibility of  getting out of chaos . “Rather, the Council took too long to agree on something that citizens demanded for a long time,” he emphasized.

The removal order filed against Mayor Jorge Yunda responds to  problems in his administration. Carolina Moreno, from the Front of Professionals for Dignity of Quito, referred to the lack of coordination in the delegations made by the mayor.

Councilor Luis Robles, in the Council session, emphasized the need to  respect democracy. He was the only one to cast his vote against the mayor’s removal request. “Unfortunately (Yunda) is not complying with everything that must be accomplished. But the vote does not solve the crises facing the city ”, he concluded.

Before the session, audios, videos and documents circulated  calling on supporters and opponents  to go to the Mayor’s Office. One of them was shared by Mayor Yunda himself, blaming Seville for calling for chaos and causing  crowds.

“I was part of a citizen movement, so many of us are responsible. I do not refuse responsibility, but we  had to press  because it was not safe to have all the votes, “he added. In his statements, he mentioned the need for the city to get out of this stage of “misrule” in the two years of Jorge Yunda’s administration.

As an unprecedented event, the removal of the mayor  does not end with the vote  of the Metropolitan Council. Now Yunda will have three days to request a  review  by the Contentious Electoral Tribunal. For its part, the electoral body could ratify the decision, and in that case, the mayor must be replaced.

Paco Moncayo, former mayor of the capital, said that Yunda  should not go to other instances,  but should withdraw. “What it does is prolong the paralysis of the city. It should dedicate itself to defending itself legally and not prolong the agony of Quito, “he said.

Former President Rafael Correa also gave his opinion through his Twitter account on the situation of the mayor of the capital. He described Yunda as an  “opportunistic and lousy mayor” , however, he explained that, based on those arguments, “90% of the mayors should leave and Rodas should have left.”

According to the former president, it is a matter of  “ancestry” , as mentioned in his Twitter account. Several users of the social network coincide with him.

However, for Paco Moncayo, “it cannot be attributed to social or racial issues.” He explained that Yunda, at the end of his first year in office, was considered the politician with the best figures, in terms of popularity, in the city. And finally a  series of problems and crises  placed him in this situation, where the provisions of the Cootad were applied.

For his part, Jorge  Yunda has not spoken  after knowing the result of the Metropolitan Council vote. The only statement was issued on social networks, where he wrote: “In politics there are no friends, there are interests, in politics you can fry hail, so they told me and I have verified it.” In his Twitter account, whose description includes the text “politician without tricks”,  the comments were deactivated. (I)

Ecuador is part of a list of more than 10 countries to which the US will donate vaccines, through Covax