INEC updated list of products to measure inflation in the country 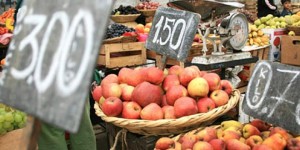 The Institute of Statistics and Census (INEC for its Spanish acronym) updated the base year of the Consumer Price Index (CPI) and the list of products and services to calculate the inflation every month. Additionally, it released 60 new products and services that are added to this list, in order to obtain data such as inflation, the cost of basic commodities, among others.

José Rosero, Director of INEC, said that this change was made due to the results released by the Survey of Income and Expenses (ENIGHU for its Spanish acronym), conducted between 2011 and 2012.

Likewise, the list to measure the CPI will cease to consider several products and services such as postal services, roll cameras, radio recorders, conventional phones, music CDs, movie rentals, among others.