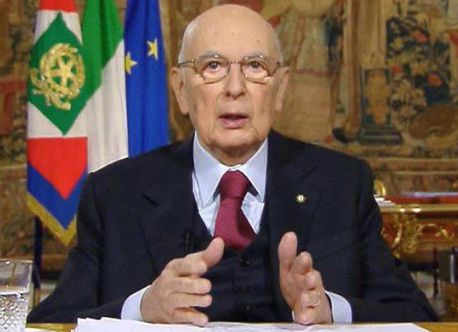 Italian President Giorgio Napolitano this Wednesday resigned his post after having ensured by almost a decade of political stability in Italy, which opens an struggles uncertain phase by his successor.

The letter of resignation was submitted to the Speaker of the House of Representatives, Laura Boldrini, who shall convene a joint meeting with the Senate and representatives of 20 regions for the election of his successor.

The Italian Parliament in joint session shall within a period of fifteen days, meet to elect a successor to Napolitano, who resigned in advance in charge due to age.

Napolitano, which this year celebrates 90 years, announced his decision in a message to the nation by the end of the year.

The resignation of the president, a veteran anti-fascist militant had been anticipated on Tuesday by the head of the Italian government, Matteo Renzi, before the European Parliament where he praised his career.

The position will be filled on a temporary basis by the Senate President Pietro Grasso.