Injured in Buenos Aires after violent clashes over the World Cup

This Sunday after Argentina’s defeat against Germany in the final match of the Brazil World Cup 2014, a group of violent soccer fans, known as the “barrabravas” in the South American country, provoked incidents around the Obelisk of Buenos Aires where tens of thousands of people paid homage to the Argentine team.

The incident led to the arrest of more than 120 people, left 70 injured and extensive damage to public property besides the looting of several businesses. 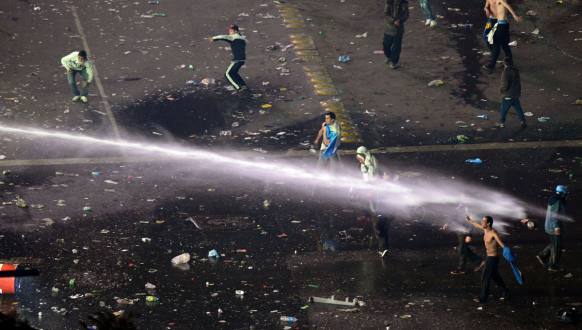