Insua Ran Out of Opportunities 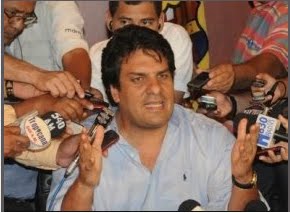 Through a press conference, the President of Barcelona Sporting Club, Alfonso Harb, announced this morning the separation of the club coach and former player of the yellow team, Ruben Dario Insua.

The reason of this decision was the statements made by Insua yesterday afternoon, where he notified future changes on campus, but in previous occasions he had denied any possibility.

Some Barcelona players have given their disapproval criteria about Insúa output. The argentine citizen, Pablo Saucedo said he does not consider it correct, because everybody is responsible for the crisis in Barcelona: players, coaches, and leaders.