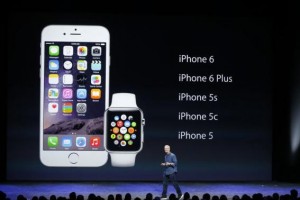 Recently Apple released the Apple Watch with two new iPhone 6 models. One of the features of the Apple Watch is that this is the first accessory of the company, which has incorporated the application Applepay, a kind of electronic wallet, which seeks to replace the use of physical cash and credit and debit cards.

This new initiative was taken by the CEO of the company, Tim Cook, who replaced Steve Jobs since 3 years ago. The new ¡Phone 6 will come in two sizes: 4.7 “and a Plus version of 5”, with the feature that this are the thinner models Apple has released so far, in addition to improvements in its operating system.