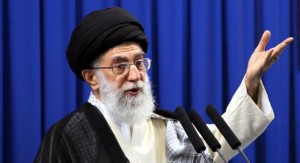 Iran’s parliament approved new limits on contraceptive methods and forbade interventions such as vasectomies and fallopian tubes occlusion to raise the birth rate, which currently stands at 1.6 children per woman, according to the oficial agency IRNA.

In May 2014, the Iranian leader Ayatollah Alí Jamenei, signed a decree in which he asked more babies to ‘strengthen national identity’ and addressing ‘the undesirable aspects of the Western lifestyle’ .

The new law also prohibits advertising on methods of birth control, in a country where condoms are fully accessible and the family planning is normalized. The ISNA news agency reported that doctors who violate these measures may be punished.

Israel and Palestine agree a new ceasefire of 72 hours

Snowden reveals existence of program against cyberattacks of NSA