Israelis, Palestinians and the UN concrete agreement to rebuild Gaza 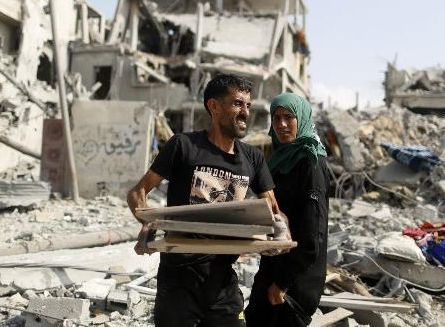 The United Nations brokered an agreement between Israelis and Palestinians to import building materials that serve to reconstruction of Gaza, an envoy reported this Tuesday of the organization.

Robert Serry, the UN envoy to the Middle East, said the tripartite agreement between Israel, the Palestinians and the UN “will allow perform the work necessary for the reconstruction of Gaza that involve the private sector.”

The UN will also ensure and shall supervise that materials entering the area be employed in civil matters and not be used by Hamas militants for other purposes.

Serry hoped that this “temporary mechanism” be launched as soon as possible and said it will be “an important step” toward the goal of ending the restrictions imposed by Israel and a “sign of hope for the people of Gaza.”

He also mentioned that this action should “give confidence to donors” to fund reconstruction efforts following the recent Israeli offensive.