Japan is taken by surprise by a 5.6 degrees earthquake 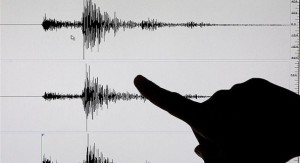 An earthquake of a 5.6 degrees magnitude on the Richter scale was registered on September 16 in central Japan, including Tokyo, without reported demages or an emitted tsunami warning.

The Japan Meteorological Agency said that the earthquake occurred at 12:28 local time (3.28 GMT) with its epicenter in the southern region of Ibaraki, about 44 kilometers in the northeast of Tokyo.

The hypocenter was located about 50 kilometers deep, the agency said.

According to public broadcaster NHK, the earthquake did not cause any damages, though bullet train services between Tokyo and the cities of Odawara and Koriama have been suspended to check the safety of the tracks.

Second American is punished for “hostile acts” in North Korea