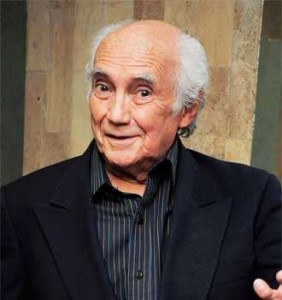 The Mexican actor Jorge Arvizu, aka “El Tata”, died today at the age of 81 years due to a heart failure.

born in 1932, who besides being an actor and director of film, theater and television, was one of the first artists to lend his voice for series and cartoons dubbing into Spanish.

Among the best known characters he have worked are: Fred Flintstone, Woody Woodpecker, Felix The Cat, Scooby Doo, Jabberjaw, Top Cat and the gang, etc..Arvizu,

Regarding the TV series, we could hear him  in the voices of: `Superagent 86´ the penguin of  `Batman´ and Uncle Fester of `The Adams family´.

Birth of Buddha under study