José María Aznar was invited by CREO to give a conference 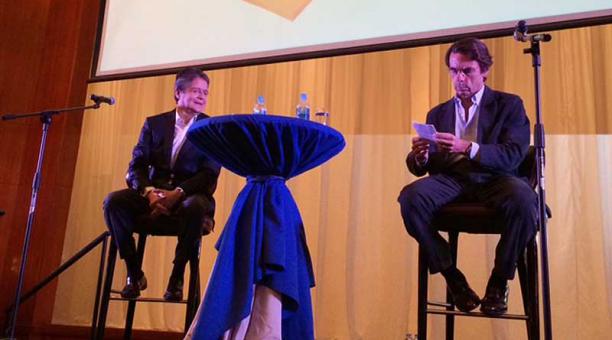 The Former President of Spain José María Aznar was invited to an internal meeting of Creando Oportunidades (CREO) to give a talk to the members of the political movement led by Guillermo Lasso. The event was held at the Hilton Colon Guayaquil hotel.

The Assemblyman Patricio Donoso said that Lasso invited the Spanish Fomer President to share their experiences with the militancy of CREO. Provincial leaders of the 21 list were summoned by their leader. Asked about the controversy around Aznar, Donoso said that he preferred him in Ecuador than the Castro brothers or Nicolas Maduro, clarifying that this latter “has caused dozens of deaths in Venezuela.”

Aznar’s conference is part of a process aiming to the 2017 elections.

During the meeting, Lasso emphasized the importance of political parties and Aznar management. In the final part of his speech he said: “They will have a second chance to vote for me in 2017, do not waste it.”.