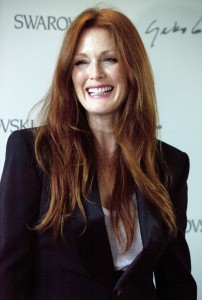 Julianne Moore has played the most varied roles, demonstrating artistic versatility throughout her career

The American Julianne Moore, 53, reached a new achievement obtaining recognition as best actress at the Cannes Film Festival, thanks to her participation in the film Map to the Stars, where she plays a not so famous actress living under shadow of her very famous mother.

In 2003 Moore got 2 nominations in the same Oscars edition as best actress in `Far from Heaven´ and as best supporting actress in `The Hours´. Throughout her career, the actress has played the most varied roles, showing her versatility.