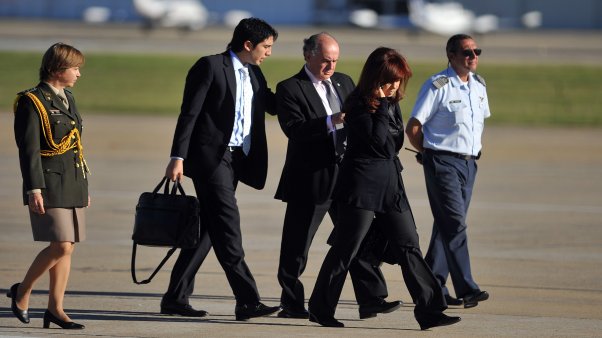 Argentina’s President Cristina Kirchner will participate tomorrow in the enlarged meeting between members of UNASUR and the BRICS (Brazil, Russia, India, China and South Africa) in Brasilia.

As it was anticipated, the head of state shall fix the position of Argentina on debt and over the dispute that has her conuntry with the vulture funds.

One of the objectives of this meeting is to present to South America the possibilities the development bank of that group will offer in the future.

The Summit between the BRICS and Unasur will be also the prelude of a first meeting between the leaders of China and Brazil and the quartet called the Community of Latin American and Caribbean States (CELAC for its Spanish acronym), which is integrated by Costa Rica, Cuba, Ecuador and Antigua and Barbuda. The Ecuadorian President Rafael Correa has already confirmed its attendance.

This meeting will be also held in Brasilia, one day after the Brics-Unasur Summit.