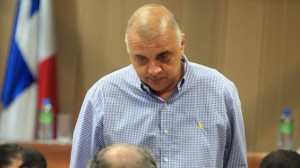 The defense of former Assemblyman Galo Lara in Panama, said that would request the Supreme Court of that country, the suspension of the hearing next Wednesday, according to published Panamanian media.

Guillermo Cochez, part of the legal team, said that this would enable met the deadline set by the Inter-American Commission on Human Rights (IACHR) for Panama to explain prison conditions on which Lara is.

Cochez claimed that the date will expire on Friday, and figure within the processing of precautionary measures that did ​​to the Commission.

Lara, who meet this month a year in the Central American country passes through extradition proceedings requested by the Panamanian Foreign Ministry, which previously raised an asylum granted Months ago by a murder trial in Ecuador.

Father of Nicole Kidman dies after suffering a fall