The president of Ecuador, Guillermo Lasso , announced this Wednesday, June 8, 2022, from Los Angeles that he will propose to the United States (USA) the intention of consolidating an Ecuador Plan to fight against drug trafficking. 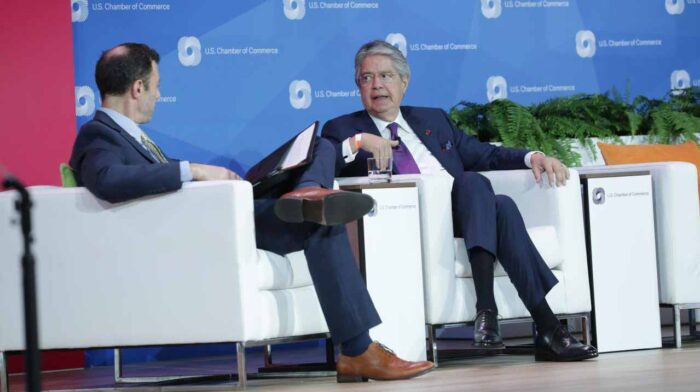 President Lasso will ask the US to consolidate an Ecuador Plan to confront drug trafficking.

In that event, the Ecuadorian President referred to the bilateral relationship that Ecuador maintains with the North American country. There is an issue that is fundamental in this relationship, it is security , he pointed out.

“I bring a very clear message to President (Joe) Biden when I have the opportunity to speak with him. We need the support of the United States and also the European Union because this is a shared problem,” Lasso said, justifying that Ecuador is a transit country for drug shipments .

The fight against drug trafficking demands resources and Ecuador is a middle-income country, he said, so he believes it is fair to share the costs given that the benefit of this fight will also be reflected in North American society .

That is why Lasso announced his initiative. “Just as at the time Colombia proposed a Plan Colombia to the US, my intention is to propose a Plan Ecuador at this time when we need our great and good friends like the US and Europe to face this problem”, he stated.

The President highlighted that the seizure of 300 kg of drugs in one year of government is one of the actions that caused the violence in the country. However, he pointed out that violent deaths in Ecuador are still lower compared to Colombia and Mexico . “Therefore, what happens in Ecuador is not something scandalous compared to the indicators of the region,” he added.

In this regard, Lasso said that his intention is to strengthen justice so that it generates security for the investor, but that it is not an easy task because he has to face political powers “that have been accustomed to ruling the justice system. Today they do not rule in justice, but for those powers, my Government is an obstacle.

That is why the Government is open to international cooperation such as that of the European Union , which wants to support “the creation of faceless judges who judge organized crime,” Lasso exemplified.

With this clarification, he detailed the investment possibilities offered by Ecuador in different strategic sectors, such as hydrocarbons. Before the Forum, he met with international businessmen.