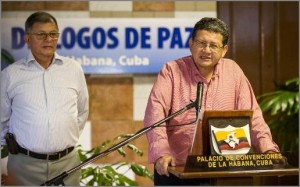 Colombian lawmakers described as positive the message of the National Liberation Army (ELN), released yesterday, and through which theyconfirm their willingness to talk to the government and to explore proposals that lead them to the end of the armed conflict.

“I’m celebrating this good news, the willingness of ELN to dialogue and openness to formalize negotiations, it is very important because we said that a strain without this insurgent group would not be complete,” said Congresswoman Angela Maria Robledo, co-chair of the peace Commission of Congress.

This week President Juan Manuel Santos called this movement to talk to end the internal conflict, which left 6.8 million victims in the course of over 50 years, reported Prensa Latina.